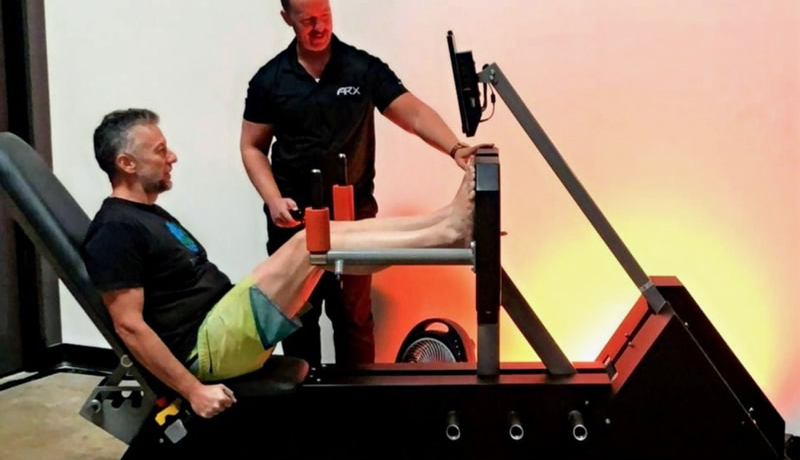 Over fifteen years of research at Stanford University was confirmed by a single email I got from Mike Pullano of ARX Fitness in Austin TX.

Mike is in a unique position within the fitness community because his ARX machines are unlike any other. Rather than working by constant resistance (like a barbell), ARX works by constant velocity. That is, displacement sensors control the position of the load plate over time, while a computer adapts resistance to match the force applied by the athlete.

Built-in software records force applied to provide real-time feedback and create an archival record of the quality of the workout. In other words, no one in the world gets more data on their workout performance than Mike’s ARX customers.

After we installed a Prism Forge ice bath at ARX headquarters, this is what Mike wrote to tell me:

For the past year, I’ve hosted 30+ friends at the ARX headquarters on Sundays. I open the facility to them and give them access to ARX, Biocharger, Neufit Neubie, Joovv, and now the Morozko Forge ice bath. Some people have months and months of data to compare to. After a few weekends of having the ice bath, multiple friends brought me over to the ARX machines to ask me why they saw a MASSIVE increase (5-18%) in their numbers out of the blue? The answer? They all did the cold tub PRIOR to the ARX workout. This scenario continues to play out each week and I’m convinced that doing the tub BEFORE an ARX workout is a good idea.

As it turns out, Mike was noticing the same phenomenon measured by Stanford scientists Dennis Grahn, PhD and Craig Heller, PhD. In a series of experiments dating back almost 20 years (e.g., Grahn et al. 2005) they discovered that extracting heat from the palms of working athletes increases performance by postponing fatigue. One study of intermittent cooling during rest/recovery periods between sets measured a 40% and 144% improvements in bench press and pull up work volumes (Grahn et al. 2012).

While scientists have known for decades that cold therapy improves exercise performance in heat-sensitive subjects like those suffering from multiple sclerosis, Grahn & Heller were the first to perfect a percooling (during workout) protocol for accomplished athletes.

However, their technique is complicated.

The problem is that not all areas of the skin are efficient for heat extraction. For example, the chest, back, and legs are inefficient locations through which to cool the body. The anatomy of the palms is particularly well suited for heat extraction, except for the fact that application of cold packs to the hands can cause vasoconstriction, slowing blood flow and impeding cooling.

To overcome the vasoconstriction effect, Grahn & Heller designed a device that accelerates cooling by applying a vacuum to promote blood flow at moderate (not freezing) temperatures. When researchers in the United Kingdom recently attempted to reproduce results without the vacuum and colder temperatures, they failed to observe any performance enhancement (McMahon et al. 2022).

So for palm cooling, the vacuum is critical.

But what about whole body?

It has long been a mystery to me why our bodies should experience fatigue. Although exercise science is aware of some phenomena, such as lactic acid build up in muscles, this doesn’t explain cognitive fatigue, nor what evolutionary biological advantage might be served by exhaustion. However, I’ve recently learned that mitochondrial disorders are implicated in chronic fatigue syndrome (Maksoud et al. 2021) and that’s led me to become more interested in metabolic theories of fatigue. For example, some scientists suggest mitochondria are the limiting factor on our capacity to perform work during exercise (Lavorato et al. 2018).

Consider the case of a 28-year old man who suffered from exercise intolerance — i.e., “lifelong the inability to exercise” (Bromham et al. 2003). Even brief periods of exertion, like running a few steps, left him in a state of fatigue that ordinary rest could not remedy. He was otherwise healthy and presented something of a mystery to medical science until doctors discovered that his mitochondrial DNA was missing a critical gene. That is, the source of his incurable fatigue was mitochondrial disorder (Schwarz & Vissing 2002).

His extreme case reinforces the hypothesis that exercise fatigue is due to limits in mitochondrial function.

Exercise presents two problems to the human body: 1) obtaining enough energy to carry out the will to keep going, and 2) protecting the body from overheating.

The first problem is easier to solve than the second, given the ability of our bodies to mobilize white fat reserves to fuel our metabolism. More of us have plenty of excess energy stores and would be glad to get rid of them.

However, the second problem is more complex.

As exercise warms the human body, several mechanisms begin that will protect us from the damage of overheating (hypertrophy). The first of these is sweat, which cools the skin by evaporating water stored inside the body to the surrounding air. That’s why humid air always feels warmer than dry air, because the rate of sweat evaporation is slower when the humidity is high. The second mechanism of protecting the body from overheating during exercise is fatigue. As the body warms, fatigue makes further exercise more difficult, slowing the rate at which the body generates heat that must be removed from the body.

Without fatigue, the waste heat generated in your muscles would overheat your mitochondria, causing irrevocable damage.

The mechanical efficiency of muscles is only 20–30%. When exercise is continued over a long period of time, the internal body temperature increases because the energy created by the skeletal muscle metabolism is largely converted into thermal energy. Maintaining a balance between heat production and heat removal during exercise ensures that you can continue exercising, preventing the development of thermal shock. – Jastrzebska et al. 2022

The importance of this heat/exercise relationship was underscored in a recent study of 23 men of various fitness levels. Researchers measured the skin temperature of the subjects immediately after strenuous exercise, and again a few minutes later. Those subjects who cooled the fastest were also exhibited the greatest cardiovascular fitness levels (Jastrzebska et al. 2022).

If that’s the case, then we should all experience a greater capacity for strenuous exercise when we have access to extra cooling — just like when a cool breeze or a dip in a cold stream refreshes and energizes us. Removing that excess heat from the body signals to our mitochondria that they are not at risk of hyperthermic damage, and consequently are free to process more glucose and fats into new energy and perform at a higher level of cardiovascular fitness.

Grahn & Heller were extracting heat from the palms in the middle of the workout — e.g., during rest periods between sets — which is called percooling.

But Mike’s customers were precooling in whole body ice bath before their workouts, so how did they get similar results?

In Dangers of Deliberate Cold Exposure I wrote about the phenomenon of afterdrop, in which core body temperature continues to decline, even after emerging from the ice bath. Unlike the palm-cooling device that operates under a vacuum, cold water immersion will cause vasoconstriction — particularly in the hands and feet. However, when blood returns from the core to the extremities, as during a post-ice bath workout, it contacts the regions of the skin and muscle that were cooled during the ice bath prior to returning to the heart. Thus, heat is transferred away from the blood into the cold skin.

Precooling is like storing cold in the extremities that will prevent overheating later during the workout — i.e., starting at a lower skin temperature slows warming of the body during exercise and postpones fatigue.

The precooling protocol that works best for you might be different from the methods employed in those studies. Nevertheless, here’s a protocol from which you can begin, and then adapt to suit your body and your workout.

There are no comments 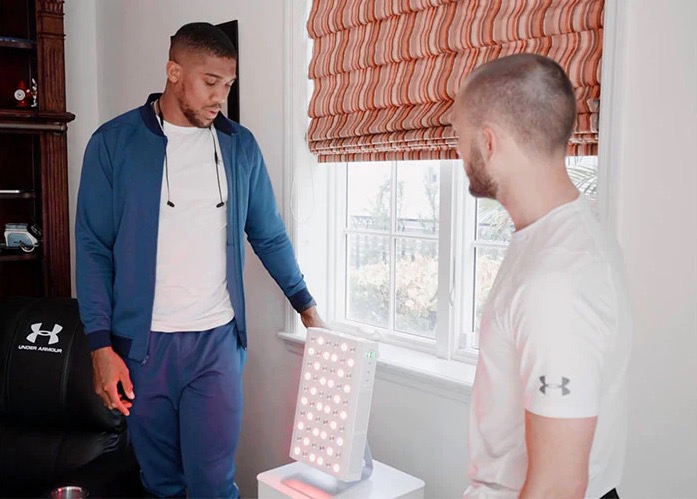 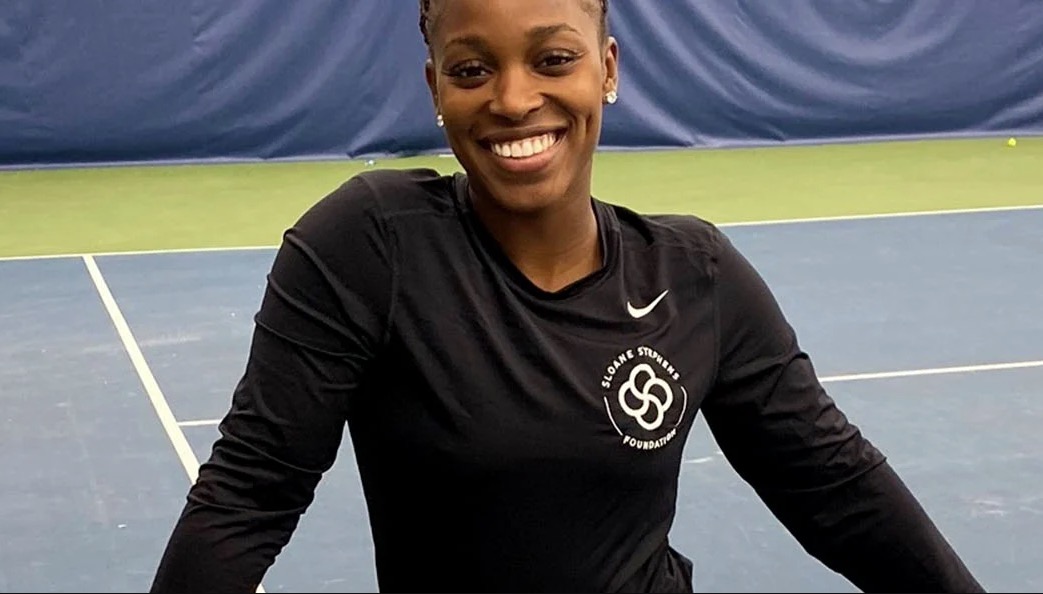